These concepts were the foundation for the “Atomic Age”  of the 1940s to the 1970s. This age saw the human fascination with the then-recent invention of the atomic bomb. This scientific breakthrough ushered in excitement towards the future of scientific achievement, as well as concerns of its morality.

This scientific fascination was so powerful that by the 1950s, its influence could be seen in various forms of popular culture. This manifested in the media the public consumed as well the clothes people wore, the advertisements they consumed, and even the way they decorated their homes inspiring an aesthetic movement known as “retro-futurism”.

This forward-looking style was dominated by bold colors, clean lines, and patterns inspired by science; some patterns even replicate the appearance of amoebas or cells under a microscope.

While we may have seen some design elements of this movement fade out, many have stood the test of time. For example, in the same way, that subway tile has been the tile of choice in NYC’s subway stations, the atomic-age inspired Hex Flat and Hex Dome tiles of San Francisco’s BART stations have also solidified their home. 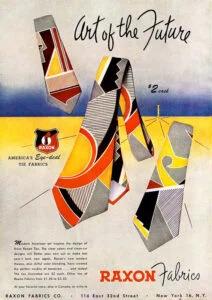 In homes, the recent mid-century craze in interior design has heavily borrowed from this era with increased attention to bright colors and textured tile accents.

The Atomic Subway Tile Collection extends our historic timeline to this exciting period in America’s history. This collection reflects the exuberance of notable American designers of the time with a color palette inspired by the bright hues of 1950’s Fiesta-ware and the softer shades of Formica Boomerang countertops.

The Atomic collection is installed in the authentic straight set pattern using four-inch square tiles. Delivering on the historically authentic mid-century modern time period while still updating the sheen and look of these tiles creates a clean design style. The relief shapes in this tile are made in sphere, diamond, and star reproductions of the traditional Pomona tile.

Modeled off the mid-century designs of Saul Bass, this tile manages to blend the excitement of this era with modern sensibilities. This makes for a product that will add authenticity to historic projects or provide a conversation piece to modern projects.

The Battery Maritime Building:
A historic gateway to the past